South Korea is an amazing destination emerged with numerous charms alluring tourists from all over the world. Korean cuisine has also gained popularity over time with its authenticity and variety it offers for every type of foodie. Given so much variety available within Korean cuisine, most dishes often include meats such as seafood, beef and pork. Hence food options for Indian visitors and vegan foreigners become limited. Most Indians are entirely vegetarians, some who are non-vegetarians may only prefer certain types of meats like chicken, lamb and fish.

Many Indians (mainly Hindus) do not eat beef and pork due to religious sentiments. Seafood like eel, squid, octopus, clams, snakes, jellyfish etc. may be scary and some fishes are even served raw or fermented. A lot of dishes don’t look delicious and make people lose their appetite. So what can Indians eat in South Korea? We faced the same concern being there and we feel you.

How to find your food options in South Korea?

Luckily, at many restaurants, Koreans are aware of English keywords like meat, chicken, beef, pork etc. So you can ask for ‘no meat’ or ‘no beef/pork’ in whatever you order. That means you can easily have most Korean delicacies like bibimbap, stir-fries and stews without meats if you tell them. Most restaurants have an English menu for tourists. We also used translation app to read Korean menus, to talk and find out which meal was vegetarian or what type of seafood/meats are included in a particular dish.

You will easily find fast food outlets like McDonald’s, KFC and Starbucks in South Korea but keep these as last resort. We didn’t want to miss trying authentic Korean cuisine with varieties we never tasted before and yet we also couldn’t eat beef or pork. So we decided to learn more about our options in order to enjoy local delicacies without having to rely on fast food chains and general stores.

Some vegan Korean food options are:

Some places in Jeju Island and Seoul where you most certainly will find food you can eat. People like us who are non vegetarians but restrict themselves to certain meats, here is a small list of food we tried and loved it.

We also recommend eating at this traditional Korean Restaurant for a more authentic experience. Your table will be certainly full with lots of side dishes.

South Korea has more than 300 Indian restaurants including south Indian and vegetarian ones. Many are in located in major cities like Seoul, Busan, Jeonju, Gwangju etc. featuring Indian, Western and Continental cuisines.

Particularly in Seoul, areas like Itaewon, Myeongdong, Euljiro and Gangnam have bunch of Indian restaurants. Itaewon specifically is a foreigner friendly place where you can get global cuisine. Just keep your map application handy to find the nearest one. Some top rated names are:

The best things about both cuisines is, neither is bland, instead integrates with unique blends of spices to enrich flavours. Although Korean and Indian food are altogether different from each other, you may still find slightly similar spices in both.

Korean recipes blend ingredients along with soybean paste to mellow the flavour whereas similar ingredients are either smoked or fried in oil to enhance flavour of oil/curries in Indian cooking. Indian food can be really oily sometimes depending on the way of cooking. Both offer several healthy varieties like soups, salads, curries, sauces/chutneys and seasoned rice varieties.

There are more varieties of vegetarian delicacies and breads within Indian cuisine since most of India is land locked favouring agriculture of diverse vegetables and grains other than rice. Whereas due extreme winters, Koreans prefer delicacies inducing warmth, such as fermented foods – kimchi and soybean pastes (doenjang) in hot stews, spicy noodles, and steaming broths. Hence Korean cuisine mainly has combinations of rice bowls or noodles along with animal meats, seafood, tofu, beans, sauces, kimchi and veggies.

The only part we didn’t enjoyed much were the desserts available as most were either bean pastes or flavoured rice cakes. Overall, we really enjoyed trying variety of Korean delicacies during our trip. Wandering out in cold temperatures (7°c- 12°c) during spring left us feeling dehydrated and their flavourful hot stews were such life savers.

So if you had any reservations about limited food options in Korea, we assure you there is nothing to worry about. You will always be able to find something to eat. Just open your heart and let Korea surprise your taste buds. Happy eating folks! A travel guide to South Korea’s Jeju Island, home to world heritage sites and full of natural wonders, flora and fauna. Jeju Island offers some unique experiences that are worth visiting.

Korean Cosmetics:What to Know Before Buying?

Here’s what we learnt about the 10 steps of Korean skincare regime and also, the factors to determine which products shall we buy. Planning your first trip to Seoul? An efficient itinerary to explore the city and its unique charms within your 4-7 day trip. Find out the top shopping and food spots, top attractions and hidden gems of Seoul. An Offbeat Road Trip in Taiwan Korean Cosmetics:What to Know Before Buying? A day trip to 12 Apostles 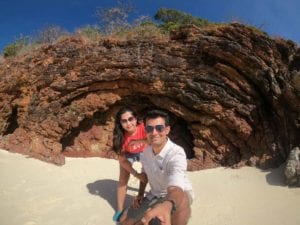